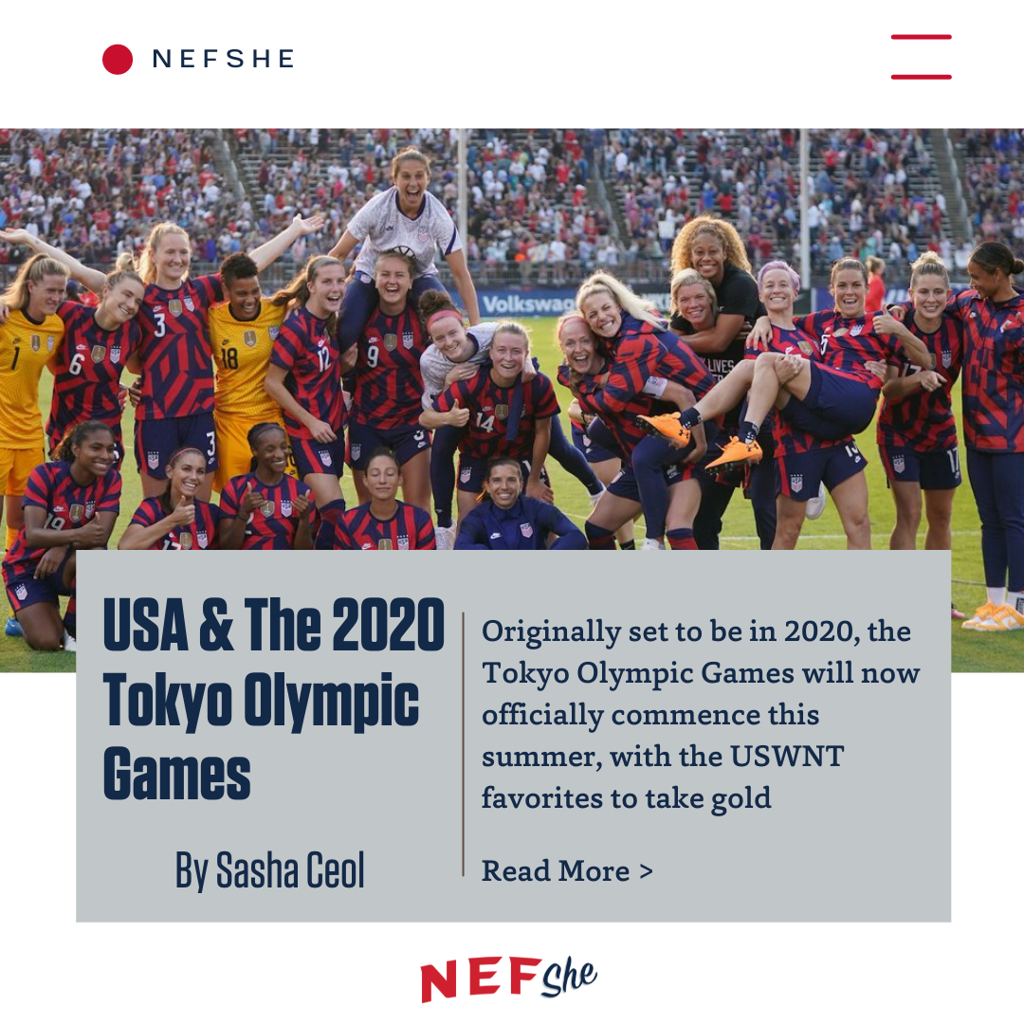 Currently the USWNT is going into the tournament as a team that is greatly favored to win. At the moment, they are #1 in FIFA’s women’s soccer rankings, and with their recent win against Portugal, the USWNT continued their unbeaten streak to 40 consecutive games. This being said, they are placed in a tough group. FIFA has ranked Sweden as #5, Australia as #9, and New Zealand as #22. Sweden also kicked the US out of the 2016 Olympics when they beat them in the quarter finals. The 2016 Olympics was the worst performance in an international tournament in USWNT history.

This year’s Olympic Games will also differ from previous years, as Germany and France, ranked #2 and #4, respectively, did not qualify for the tournament. These teams, alongside Brazil and Japan, have historically been some of the USA’s biggest competitors. Keeping this in mind, the USA’s opening match is set against Sweden on July 21 at Tokyo Stadium, two days before the opening Night of the Tokyo Olympic Games. They will then play New Zealand on July 24, and Australia on July 27. The large break from International tournaments and the pandemic have greatly affected teams and the game of soccer worldwide, so this year’s Olympics will be greatly exciting and interesting to watch.